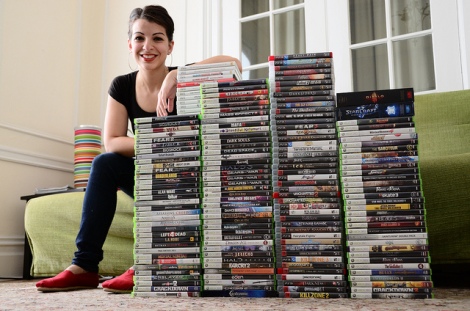 Anita Sarkeesian, founder of Feminist Frequency and subject of a massive and brutal chauvinistic hate campaign, has released the first in her series examining video game tropes and their impact on women.

According to Sarkeesian, “The Tropes vs Women in Video Games project aims to examine the plot devices and patterns most often associated with female characters in gaming from a systemic, big picture perspective. This series will include critical analysis of many beloved games and characters, but remember that it is both possible (and even necessary) to simultaneously enjoy media while also being critical of it’s more problematic or pernicious aspects.”

Tropes ran a successful Kickstarter campaign last summer, aiming for a mild $6,000, but raising over $160,000 in the process. Sadly this campaign made her the target for hate-filled sexists across the internet. Her Wikipedia page was inundated with pornographic images. A flash game was created where a user could cause physical harm to her likeness, and hateful and down right scary comments flooded her Youtube page.

Well thankfully, Sarkeesian did not run away and we are treated to the first in what will no doubt be an enlightening series on an important subject.

Here is Episode 1: Damsel in Distress

After watching the episode, I highly recommend you also watch her Ted Talk below.