The Xbox One. Not to be confused with the first/original Xbox. No, this is some strange gimmicky naming to try and push one core idea with this next console/electronic behemoth from Microsoft. Xbox One is the one and only device you need for your living room. I have been holding off on giving a summary of the announcement due to the strong emotional responses that are raging on the internet right now.

First and foremost, lets get the obvious out of the way: This was not a gaming announcement. This was a technology unveiling. Most people were prepared as Microsoft had already announced their game unveilings would be save until E3, but that didn’t stop many from complaining… a lot… Nevertheless, there were two MS exclusive announcements: Forza 5 and Quantum Break from Remedy (the developer of Alan Wake and Max Payne). Outside of that, there was the reveal of the new Call of Duty: Ghosts, and four EA Sports titles. Other than that, there were no true game reveals. There was the announcement of future announcements, however. 15 exclusive titles are supposedly coming within the first year of the Xbox One’s life, 8 of which are going to be new IPs. Sadly, we have a few more weeks to wait before we learn more.

Now as for the box itself: I think it looks pretty sweet. Yes it is a big box, but it is a big box that does a lot and has a lot running inside of it. It looks a little tinier then the average stereo receiver. That would be bigger than the 360 but smaller than the original Xbox. And the front looks minimalist and a bit elegant. With regards to its specs, this is what MS released: 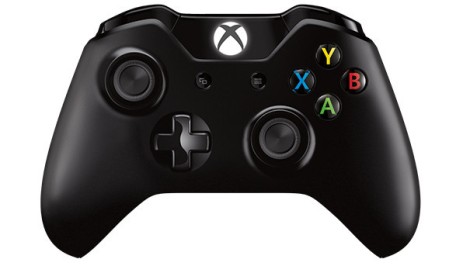 The controller has not changed much at all from the 360 version in look, but inside much has been going on in the transition over to the Xbox One. They have reduced the size of the battery pack so that your hands and more comfortable grip of the controller. The d-pad has been refined to a straight up 4 direction plus sign pad. This should please fighting game fans who have long slammed the 360’s d-pad. The coolest feature added to the new controller is the more immersive rumble technology. They have put motors in each trigger to create very unique types of feedback.

The new Kinect (Kinect 2.0) sounds like it is an amazing piece of hardware. Everyone who has had a hands on demo with it has come back raving about the dramatic progressive leap between the last gen Kinect and this. It has emotion and bio-metric reading, a more responsive mic, and a 1080p camera allowing for crystal clear video conferencing. The responsiveness seems vastly improved as well noting muscle tension, independent finger movement, and an incredible depth of view in all lighting arrangements (including pitch black). Whether it will be used appropriately in game design is a completely different story.

Microsoft put a lot of emphasis on the cloud in their presentation. “The cloud” as it is constantly referred to seems to have been little more than a space to save files up until now, but it looks like with the next gen, Microsoft hopes to take advantage of being able to offload a lot of processing to cloud-based processors. This could provide significant advantages in game design such as rendering environments and textures more quickly/fluidly than if it was having to be streamed off the disc.

This has come with a bit of a down-side however, in that it means that some of this content could require a constant internet connection if you are playing games with features like this enabled. Microsoft has said that this is wholly and completely up to the game designers and how much they want to take advantage of cloud computing, but the more cloud reliant the game, the more internet connectivity becomes a necessity. Personally, I see both the up and down side to this. If it means quickly rendered, beautiful environments that do not draw computing power from the box itself allowing it to do more specific processing simultaneously, that could be great for game design. Yet we must always remember the always-on fiasco of Sim City. Microsoft must do everything they can to ensure that their servers are stable if we are to become so incredibly dependent on them for our gaming experiences.

I am not going to get into the used games discussion yet, because it is clear that Microsoft has not fully formed their strategy on this yet. In an interview with Eurogamer, Phil Spencer tried to explain it but it only got muddy in the end. There are clearly issues based around the fact that the game must be installed on the console hard-drive and to do that while reducing piracy, they have to tie the game to your Xbox live account. Now what we do know is that you can take that disc to a friends house, sign into your account, and play the disc like it was on your box. If you want to hand the disc over to your friend for the weekend (ie. let him/her borrow it – – AS IN YOU ARE NOT SITTING ON THE COUCH BESIDE THEM BECAUSE YOU WENT HOME), there is no good explanation of how the Xbox one deals with those situations. The same can be said for trading in used games. Spencer says that you will be able to buy and sell used games, and that the Xbox one will allow for those types of transactions, but they have not announced how that will work yet and whether there will be a fee or any other type of licensing transfer that needs to take place. In the interview, Spencer said that such details will be made known later. Let us hope that we know by E3 because it would suck to have this cloud of unknowns still hovering around the box when they are trying to build buzz for their games.

Finally, Xbox Live is going to become the manager of your living room. The presentation spent a lot of time detailing how the Xbox One will work to seamlessly integrate your television viewing, music listening, and internet browsing experiences into the service with multiple applications being able to function simultaneously with Kinect (or your controller) acting as the alt-tab function of your keyboard. This was really cool to watch and if it works as seamlessly as their demo, then I am excited. Microsoft has said, however, that television delivery is a very tricky process and that they cannot guarantee seamless integration right away with all television/cable providers. The Xbox One does, however, have an HDMI-In port which will allow you to direct your cable box into the Xbox, allowing the Xbox interface to become your new television guide. Let’s hope they get all of the kinks ironed out with this one before launch.

On top of that, the Xbox One will have expanded friends lists (now up to 1000), expanded achievements through the cloud (not to mention the retention of your Xbox 360 achievements… phew… ). and a more clearly laid-out operating system. One of the more killer apps, at least according to some analysts, is the inclusion of Skype as a key function of Xbox live. Since every Xbox One will have a Kinect bundled with the box, every user will be able to have crystal clear high-definition video calls.

On a sadder note, the Xbox One will not be going the indie-friendly route of Sony and Nintendo, as they will continue to require game producers to have publishing agreements for Xbox Live Arcade releases, unless they wish to release their games via the Xbox Live Indie Games channel. For their presentation, Sony pushed indie development hard for the PS4 allowing independent game makers to self-publish on the console. Whether Microsoft decides to stick with this plan into the future is to be seen. One can imagine as all of the indie-developers begin to flock to Sony’s device, MS could find themselves re-evaluating that strategy.

All in all, despite a very vocal group of core gamers who see this as a betrayal of what the Xbox is supposed to stand for, I can’t help but feel that Microsoft has announced a machine that is, at the very least, very interesting. One could speculate where they see themselves going with this device  but in truth I don’t think Microsoft is removing gamers from under their umbrella, but instead also trying to include everyone who is considering an Apple TV/Google TV, and lets remember, those devices don’t play core games at all.

Microsoft to hold Next Generation Xbox Reveal on May 21

2 responses to “Welcome to the Next Generation: Xbox One”