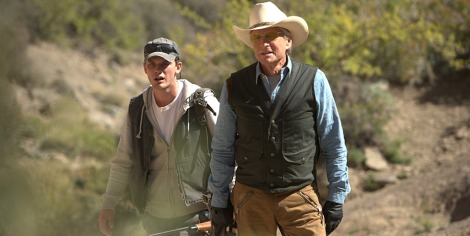 On Saturday afternoon, I was lucky to attend a screening of Jean-Baptiste Léonetti’s latest thriller, The Reach (starring Michael Douglas and Jeremy Irvine) at the 2014 Toronto International Film Festival (TIFF). The premise of the film is layered with social subtext, of the social dichotomy between the wealthy elite and the everyman, as represented by the two stars. Removed from civilized society and placed in the harsh environment of the New Mexico desert after a mishap I don’t want to spoil, we find that Douglas’ wealth can’t purchase the everyman’s silence and morality. Left with facing punishment for his actions and ruining his financial security, Douglas opts for what he believes to be the better deal, force the only witness to strip to his skivvies and force him to march out into the desert under an unrelenting sun. Irvine, a young man of experience in tracking and survival must now find a way to outwit his opponent while managing to survive in one of the earth’s harshest environments. The concept is solid and works for the most part. That is until the end when the whole film starts to fall apart and enter new levels of camp and hamminess.

First things first, this film is beautifully shot. With gorgeous vistas as a backdrop, the camera work here makes you feel every ray of sun more than almost any other desert-based film I have seen. There is some filter work at play here that gives the colours an almost ominous shade of olive that only accentuates the brutality of the sun. It is hard to describe but anyone who sees the film will know what I am talking about. The colouring is just off enough that it makes you feel like you had just been staring deep into the core of the sun yourself.

The music is also top notch. There is intensity to the constant grinding noise that accompanies our hero’s struggle. It is music that makes you that perfect level of uncomfortable and it keeps you on edge for the majority of the experience. 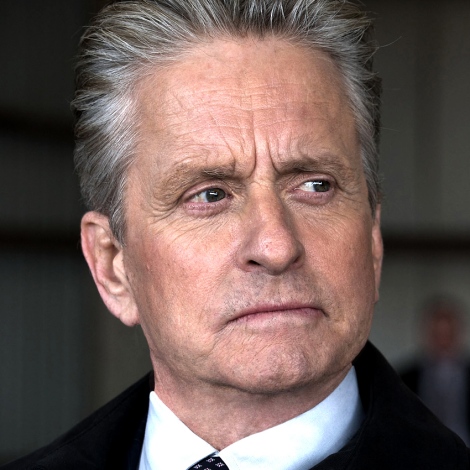 Both Douglas and Irving give strong performances, for the most part. Michael Douglas has a ferocity to him in the role of Madec, a corporate shark who feels he can buy his way through anything. It is Irvine, however, that is actually the true standout in this film.  Stripped to nothing but his underwear, his character must persevere in the harsh desert climate as the scope of a high powered rifle remains focused on his skull. Spending many parts of the film in almost complete isolation, he owns the physicality of the role (aided by some pretty convincing prosthetic blisters all over his body). Yet, the actors are only strong while the material is strong and as it proceeds toward its conclusion, Douglas’ ferocity in particular delves into hamminess. The final face-off is nothing more than silly and the dialogue that accompanies it is for lack of a better word dreadful. This is an actual line from the film: “Fool me once, shame on you. Fool me twice… I KILL YOU!” 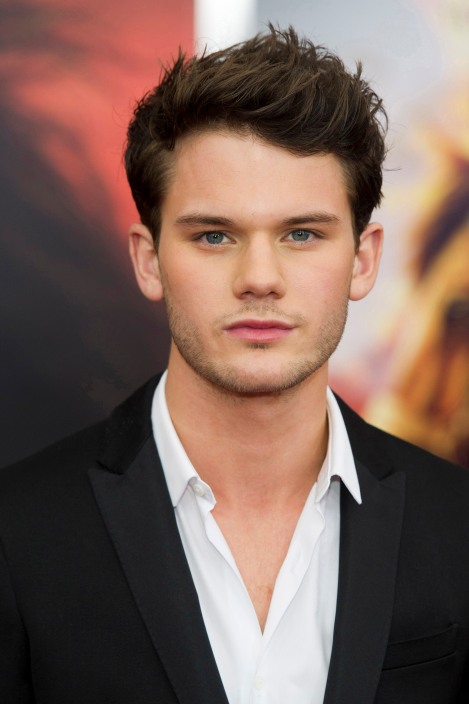 The film also suffers from something that plagues the thriller genre in general, not ending when you should. At one point toward the end, the film felt like it had reached a natural conclusion, one that left a sense of dread and suspense open for interpretation. Yet instead of ending, the film makers felt it needed more of a wrap-up. This was an ending that felt forced and almost uncharacteristic of the characters.

All in all, the film was entertaining so I can’t fault it too much. If you watched only two thirds of the film and for some reason couldn’t complete it, you would be left thinking that it was an intense thriller filled with some edge of your seat excitement. Sadly the third act just can’t be ignored for what it is. Still, when this film comes to on-demand services (I don’t expect it to have much of a run in theatres), I would not shy away from recommending people give it a watch, if only to see Douglas have fun as a villain. Just prepare yourself for some really really bad lines of dialogue.