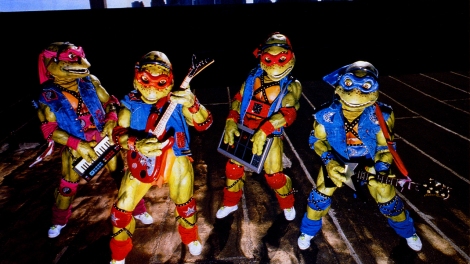 It is the end of another month, so it is time to look (listen) back at the month that was in new music. March had some incredible standout album drops including what is already been hailed by some as one of the greatest hiphop albums ever, Kendrick Lamar’s “To Pimp a Butterfly”. You also had terrific releases from Purity Ring, Jack U, Action Bronson and more. March was also the month that we reconnected with Blur, who after a 12 year absence, released some new material. Finally, there is something about the coming of Spring that puts me in the mood for that California indie pop sound, so expect quite a bit in this month’s playlist including a new track from Best Coast.

But who are we kidding, we all know who really made March a great month for music, mother fucking Tom Hanks!!!