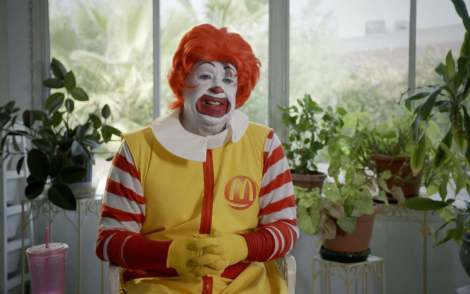 Sometimes you have the presence of mind to realize you have neglected something, and one genre of short film that we don’t highlight enough on this site is the short documentary. And yet, the short film medium is actually quite a powerful provider of punctuated real life storytelling. Ronald, a wonderful look at a semi-retired former official Ronald McDonald, played by Joe Maggard, speaks to the power iconic mascots have not just in our lives, but for the characters that play them. As the pitch of the film states, more men have walked on the moon than have been Ronald McDonald (officially). Maggard is one of 9 men to have accomplished that feat. The seriousness with which he presents himself and his obligation to the role is sincere. That level of conviction is actually pretty extraordinary given the fact that as a corporate entity, you assume the role to be rather shallow. It is a fascinating doc and well worth a watch.

Check out the short below: