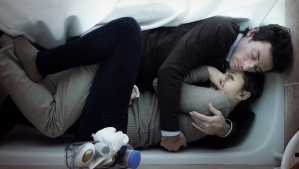 So when Shane Carruth, writer, director, and star of Primer makes his first follow-up film in nine years, his loyal fan base stops what they are doing and gives him the respect he so completely deserves.

Now those who have not seen Primer will no doubt think that the trailer for Upstream Color looks nice, and that the movie looks like it will be weird, and that can either be a good thing or a bad thing. But as someone who puts Primer on the pedestal of top Science Fiction films ever, when I watch this trailer, I cannot help but be overcome with complete and utter giddiness.