A lot of great games coming out in the month of February. Here are just some of the highlights: 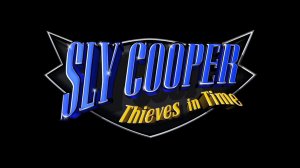 Sly Cooper: Thieves in Time is the fourth game in the Playstation exclusive franchise, and the first to make its debut in proper HD (the reboots don’t count).

In Thieves in Time, Sly Cooper, a raccoon from a long line of master thieves, reunites with his gang to locate and recover the Thievius Raccoonus, a book chronicling Sly’s family line that has been lost within time. The player controls Sly, Bentley, Murray, Carmelita Fox, and Sly’s ancestors, using their skills to pull off heists and reveal who has tampered with the Cooper history.

Developed by Visceral Games, and published by Electronic Arts, Dead Space 3 takes place not long after the events of second. Primarily set on a frozen planet called Tau Volantis, the game follows protagonists Isaac Clarke and new character John Carver as they attempt to end the Necromorph threat, antagonistic spikey armed alien human zombies that want nothing more than to tear you limb from limb. Introduced for the first time in Dead Space 3 is two player online co-op, taking a little inspiration from like-minded survival horror titles like Resident Evil 5 and 6.

Developed by Gearbox, the makers of the incredibly awesome Borderlands 1 and 2, and the not so awesome Duke Nukem Forever, and published by Sega, Aliens: Colonial Marines is a first-person shooter which puts the player in the role of a United States Colonial Marine named Cpl. Christopher Winter. The player will have access to iconic weapons from the movie such as the flamethrower, pulse rifle, smartgun, shotgun, pistol, RPGs, and robotic sentry turrets, not to mention the iconic motion sensor and its incredibly eerie ping. 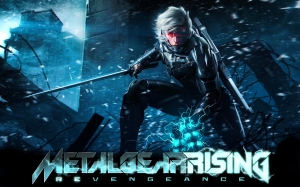 Metal Gear Rising is an upcoming hack and slash action video game being developed by Platinum Games and produced by Kojima Productions, long time producers of the Metal Gear series.

This game had a troubled history and faced numerous delays and temporary cancellation on its way to being released, but now those days are behind it, finding new life in developers Platinum Games, makers of iconic series like Bayonetta. Unlike most Metal Gear Solid games which rely on stealth, Rising has a much more action-packed pace. Fear not, however, I am sure the story will be as awesomely convoluted as every other Metal Gear game out there.

Crysis 3 is a first-person shooter under development by Crytek, published by Electronic Arts.

Crytek is known for pushing the visual capabilities of the pc/console it is running on, and Crysis 3 looks to be no different as it presents a waterlogged, and delapatated New York City as your playground. 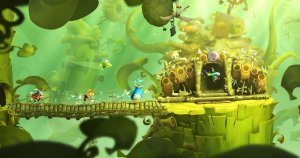 The final big game of the month is Rayman Legends,  a platform game developed by Ubisoft Montpellier and published by Ubisoft. Legends is the direct sequel to 2011’s Rayman Origins, which appeared on the Wii, Xbox 360, and PS3. Legends, however, is a Wii U exclusive, which must come as great news to all the Wii U owners out there just waiting for a reason to dust off their brand new machine.

This game looks gorgeous, and looks to use the Wii U touchpad in neat and creative ways. The most ingenious use looks to be how they incorporate touch with rhythm and music, culminating in gameplay experiences you won’t be finding anywhere else.

3 responses to “Game Releases in February 2013”