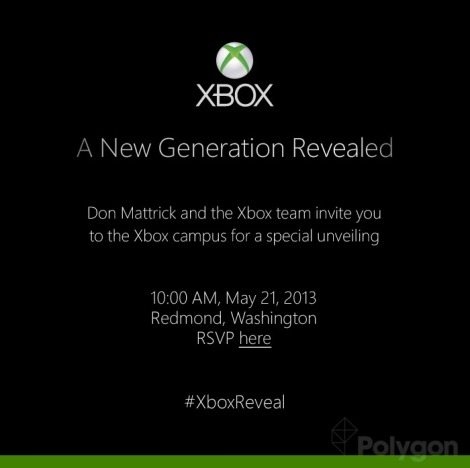 It was the announcement of an announcement that we have all been waiting for. Microsoft has finally revealed when they are going to show off their next generation gaming platform. In an invitation sent out to gaming outlets everywhere, Microsoft’s note states “XBOX: A New Generation Revealed. Don Mattrick and the Xbox team invite you to the Xbox campus for a special unveiling.”

The announcement will take place in Redmond Washington, which after Playstation’s hijacking of downtown Manhattan, seems somewhat understated.

Nevertheless, gamers everywhere are thankful that the worst kept secret in the world is finally being let out of the bag.