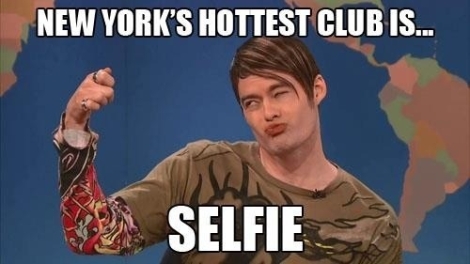 In what has to be the biggest loss to Saturday Night Live since Phil Hartman, Bill Hader is leaving the long-running late night comedy show after 8 seasons of hilarious impressions and characters. In an interview with the New York Times, Hader said: “It was a hard decision, but it has to happen at some point. It got to a point where I said, ‘Maybe it’s just time to go.’ ” Responding to his departure, series creator Lorne Michaels had the following to say: “He was so completely committed to the art of it, and enough a student of it, that there’s something strikingly original. He didn’t explode onto the air, but gradually he found his voice, and that became a huge thing.”

Last year we had the departure of both Kristen Wiig and Andy Samburg, which were tough pills to swallow, but SNL prevailed due to its strong female cast with the addition of Cecily Strong, while Taran Killam is doing a decent job of filling in the Samburg digital short style gags. But there is no one in the current cast that can do what Bill Hader can.

So long Stefon! May you find that perfect club filled with twinks, gypsies, ripped shirtless midgets, Ferbies, Jamaican house maids wearing shower caps, Bologna Danza, a human suitcase (you know, it’s that thing of when a midget on roller-skates wears all of your clothes and then you pull them through an airport.).

2 responses to “Saddest SNL Departure Ever! Bill Hader is Leaving After 8 Seasons”