The Ben Affleck, Henry Cavill starring sequel to Man of Steel (and pseudo-Justice League film) has numerous side characters, including Wonder Woman (Gal Gadot), Lex Luthor (Jesse Eisenberg), and Cyborg (Ray Fisher), and now it has a title. In what has been a rapid fire of news for the 2016 film, the film has officially been titled: Batman v Superman: Dawn of Justice. The title makes sense as the parties at DC and Warner Brothers have already expressed that the title will serve as a lead into a greater Justice League film with the same cast.

The reveal of the title follows last weeks reveal of Ben Affleck’s Batman suit (a pretty sweet homage to the Frank Miller “The Dark Knight Returns” suit), and the new Batmobile. 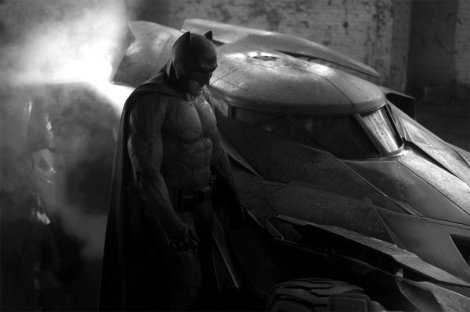 I am neither hot or cold on the title. It is workable, however, I kind of think it would have been cooler if they dropped the Batman v Superman part and just called it Dawn of Justice. I have enjoyed the title choices of the most recent DC entries, foregoing direct references to the character names (Not including Green Lantern). That said, all in all as a hardcore DC fanboy, this has been an awesome few weeks of Batman vs. Superman news and I can’t wait to see what comes next (praying for a beefed up Gal Gadot in costume).