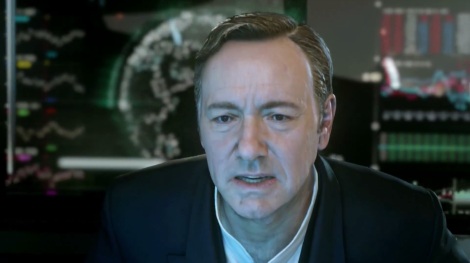 Publishers love their franchises. They are the sure bets of the gaming industry and a guaranteed boon to the investors. Yet for many gamers, the constant string of games under the banner of titles like Call of Duty begins to generate a sense of fatigue. With little to no surprise in the annualized announcement of another military shooter, the hardcore gamer becomes cynical. In my case, no year in gaming had encompassed as much franchise fatigue as 2013. I ignored Call of Duty Ghosts, Assassin’s Creed Black Flag, and Battlefield 4. They all had that been there, done that feeling and I could not separate the game from the greater franchise package. In the case of Black Flag, I am told that I have missed one hell of a game, and yet for some reason or another, despite the accolades, the game still just looked boring to me. Another retread on the formula laid out by Assassin’s Creed 2.

And yet, watching the flow of games coming out of E3 2014, I found myself excited in the franchises I have long since ignored. Call of Duty: Advanced Warfare, Assassin’s Creed Unity, and Battlefield Hardline each have something drawing me toward them. It is a feeling I was not ready for, and therefore why not get it out in writing. 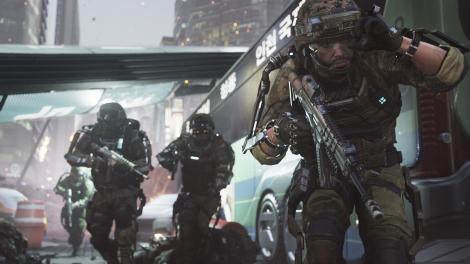 When the first teaser trailer came out a couple weeks ago and we got our first glimpse of a digital Kevin Spacey, I have to admit I was already intrigued. There was an aesthetic that was certainly unfamiliar to the series and the visuals had effervescence to them that looked like a departure from the drab colour pallet normally associated with COD games. And yet, with its flashy cuts and overly corny dialogue, it still felt like a Call of Duty game, and thus, I shrugged it off.

That hesitation persisted through the opening minutes of the Xbox Press Briefing when it became clear that Call of Duty was going to be the opening title. Just another COD entry, I said to myself. But as the game demo began, I became more and more enamoured with the title.

The first thing I noticed was the lighting. This game looked beautiful. I almost wasn’t ready for how good everything looked. Call of Duty has long been criticised for its lack of innovation in presentation. The game has been using the same engine, basically since the first Modern Warfare back in 2007. There have been a series of tweaks and visual enhancements, but in many ways the game just was not evolving like other franchises were. And why would it need to when it was so successful just doing what it was doing. But with this game demo, something had changed. The spit and shine that the new console generation offered allowed for glows and reflections like no call of duty game had had in the past. When fire radiated in the distance, the colours bounced and fluctuated off the main protagonist’s weapon. At one point you are leaving a building that you have just crashed into, making your way into the lit up downtown of Seoul. As you leave, the colours of screens and neon signs bounce on every moderately reflective surface. All of this colour and lighting was well matched by a near future aesthetic that amplified a wide range of colours throughout the more mechanized world. Particle effects popped and fizzled left and right. Smoke augmented lighting and visuals as it realistically escaped burning wreckage. This game looked “next gen”. Call of Duty had clearly made strong investments in its game engine technology.

Then there was the gameplay. Someone at Sledgehammer Games (the studio making this next iteration of the franchise) had been playing Titanfall because Call of Duty has jetpacks now. Well, technically they are calling them boosters, but the idea is the same. Boost your way up to higher surfaces. No longer do you have to trudge your way up a series of stares to get to a nearby point of advantage. Simply tap your boost and you are there in seconds. The movement was not as fluid as Titanfall’s. There was still a lot of weight/gravity to the character that seemed to want to keep him on the ground and there certainly was no parkour or wall running, but there was verticality all of a sudden where no verticality existed before.

These are not huge changes, but be certain they are enough to have me actually anticipating the title and that was not a feeling that I had expected. Oh, and there is always Kevin Spacey as well. 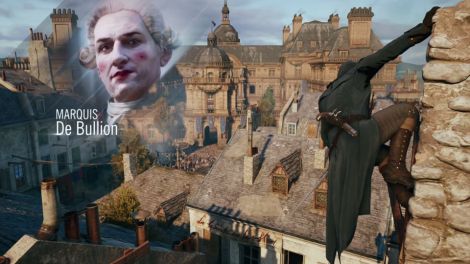 So skipping Black Flag is kind of my shame. Everyone says it is amazing. Refined Geekery Editor Mike keeps telling me I have to play it but for some reason I can’t! I have no will to play it! Yet with Assassin’s Creed Unity, strangely enough, I’m in. The first thing that hit me with Unity was just the fluidity of the movement. With the original Assassin’s Creed, what you could climb and what you couldn’t was clearly defined. That was improved upon with Assassin’s Creed 2 as the architecture became less cookie-cutter but as the series progressed and Ubisoft tried to make the movement look more and more fluid, including the heralded tree parkour of Assassin’s Creed 3, I could not help but feel that the movement became more and more janky as the animation systems tried to anticipate where I wanted to go, not always with the greatest of accuracy. But damn, that movement in the E3 demo for Unity is just so quick and cool, I can’t wait to be hopping in and out of Parisian aristocratic homes.

And that is the second thing that has me intrigued, location. I know people love pirates, but call it the sting of the last few Pirates of the Caribbean films, I just could not get behind the motif of Black Flag. I am however a massive history nerd and the idea of creeping the streets of Paris during the French Revolution, one of the bloodiest social movements in all of history, is just so goddamned fascinating. The architecture of the stone palace looked meticulously crafted. At one point in the demo, the main assassin climbs through a window and approaches an interior balcony overlooking a great hall with beautiful renaissance ceilings. It is spectacularly beautiful and ornate.

All of these touches of cosmetic brilliance have me eager with anticipation for this release. Yes the new four player coop is cool, but it is the beauty that adds that extra level of immersiveness and I can’t wait to dive in. 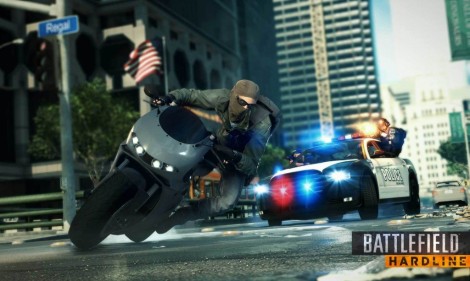 Finally, I just want to spend a little time on Battlefield Hardline. Now I am not a series regular with Battlefield. In truth, I haven’t played an entry in this series since Bad Company 2. I think the back and forth between Battlefield and Call of Duty inevitably resulted in me not caring for either. Now Battlefield 4 was mired in technical issues, issues that kept the game from being the spectacle that Dice wanted. That said, even if the servers were 100% I would have avoided the game due to its rather drab nature. To me, Battlefield has always represented the pinnacle of boredom in the industry. I like story based games and the hamfistedness of DICE’s storytelling was always too much for me. They tried to display with great earnestness why I should care about fighting the war they put me in, but no matter what cause they through at me, it never carried weight.

With Hardline, however, the change in formula from military vs. terrorist to cops vs. robbers has generated inside me a new sense of interest in the series. The motif is so much more appealing to me than the modern military shooter conceit tied to the Battlefield franchise. It gives the action purpose that I haven’t felt with the franchise before, save the first Bad Company. Yes, we can all marvel at DICE’s heralded ‘Levelution’ destruction physics where buildings, highways, construction cranes, etc., all come crashing down left and right, but none of that matters to me unless I have a reason to be engaged, and I think that the more straight cut good guys vs. bad guys in a modern, more relatable setting is what is going to get me to play Battlefield once more.

So what have you done for me lately?

Unlike the games we received in the first year of the console cycle save maybe Ryse, Second Son and Killzone, there has not been that extra level of spit and shine we have expected from next-gen games. So I am happy to see that in their second year of existence, games on the Xbox One and the PS4 are finally coming around to deliver that extra level of immersion that garners their purchase. Now there is nothing to say that these franchises won’t be tired again when their next iterations are announced at the next E3 (a sure bet taking each game’s publishing history as of late), inevitably building on what worked and what didn’t but remaining for the most part the same product with a different paintjob, but for now at least this new coat of paint has me excited to play some true next-gen games, even those from long-running franchises.