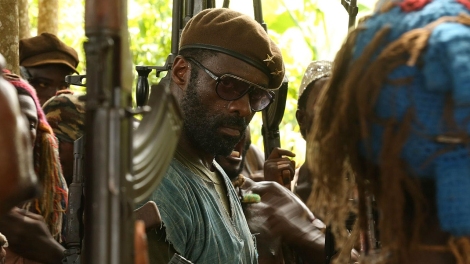 This past weekend, I was part of a lucky few who managed to see the gala premier of Cary Fukunaga’s Beasts of No Nation at the Toronto International Film Festival (TIFF), an adaptation of the book of the same name by author Uzodinma Iweala. The film follows the exploits of a child soldier named Agu in an unnamed Western African country in the middle of a devastating civil war, and it captures perfectly the devastation wrought by such conflicts on the people it affects. It is a brutal film that honestly and earnestly captures the soul-wrenching destruction of innocence on the human race’s most vulnerable, and it is a showpiece of acting and direction from its strong cast and director Cary Fukunaga.


Fukunaga, for those unaware, made his name directing indie films such as Sin Nombre prior to breaking out into prominence with the first season of HBO’s True Detective. With his separation from the show after its 2014 season, many questioned whether the strength of True Detective had rested with Fukunaga’s direction, or the series’ writer Nik Pizzolatto. Well with the critical disappointment that was True Detective Season 2, I am happy to report that Beasts of No Nation does not suffer the same fate. It is a film of such great strength that it can be sincerely proclaimed that Fukunaga is the real deal. His eye beautifully captures the blissful innocence of childhood and the heart-wrenching pain of war. His camera work is for lack of a better word, superb.

The same need also be said for the film’s incredibly talented cast. The film’s star Idris Elba continues to show his true raw emotional talent. Capitalizing on his excellent performance in 2013’s Long Walk to Freedom with an even more awe-inspiring performance, this time as the personification of pure evil and exploitation in the form of Elba’s Commandant.

Yet the true star of the film is young Agu, played by the equally talented Abraham Attah. The 14 year old actor from Accra, capital of Ghana, had been working as a street  vendor prior to being cast in the lead role. Yet, one would not have known that this was his first performance. Attah captures the transition from a young joy-filled child to ruthless killer exceptionally well. The film makes this transition believable in such a way that almost compromises our understanding of a child’s purity and innocence. Seeing such ruthless violent acts at the hands of children is truly unbearable at times. Yet it also notes the truth behind such violence. A child who has seen such unspeakable amounts of terror and violence is so easily programmable because of that innocence, and that is the nuance that Attah manages to pull off so deftly.

A final thought: Beasts of No Nation represents a moment of transition for the industry. It’s caliber is second to none and will no doubt be pushing for awards and accolades come Oscar season, yet it’s existence counters industry tradition. As Netflix’s first foray into feature length films, it will release on the streaming platform day and date with it’s theatre rotation. This is not the first film to launch simultaneously in theatres with VOD, yet it is definitely the first time a film of this strength has ever made such a leap. When Netflix bought distribution rights earlier in the year, major theatre chains including AMC and Regal announced a distribution boycott of the production. This leads to an uncertain yet very exciting future, as more films accept the streaming future for their own distribution.

Beasts of No Nation will hit Netflix, as well as what few theatres will allow it, on October 16th. Though its subject matter is hard to watch, one cannot deny the raw talent both before and behind the camera. This film will be once to watch come award season.