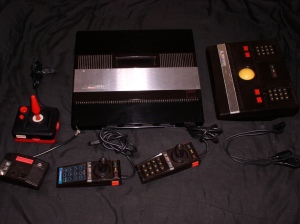 In a sad bit of news, the legendary video game maker Atari, whose well-known games include Pong and Asteroids, filed for bankruptcy in a US court late last night. According to the L.A. Times, the move was in an attempt to break free from their debt-heavy French parent company S.A. Atari. Atari Inc. looks to be selling a lot of its assets, including the aforementioned Pong and Asteroids as well as its famous logo (Look for it on a tee shirt in any hipsters closet). Last year, Atari celebrated its 40th anniversary. Here’s hoping bankruptcy protection will keep the company alive for decades to come.

One response to “Atari Files for Bankruptcy”