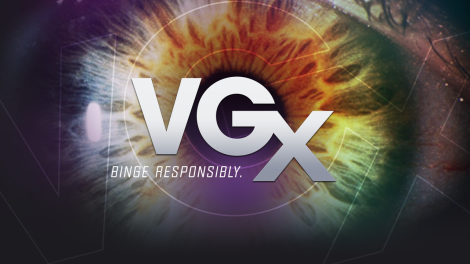 So apparently even though they learned that an award show in the style of MTV is a horrible way to promote video game excellence, they did not learn that horrible jokes from a half celebrity is just as bad. Sorry Joel, I love Community, but I am having a very hard time listening to you right now.

Cool, we are getting a TellTale Borderlands game! Can’t wait to see what TT storytelling does for the crazy world of Pandora!

Tomb Raider is coming to next gen. This was kind of spoiled by the internets a couple days ago but still this game looked great on old hardware so it will no doubt look fantastic as  a next gen title. This is pretty much just applying the hair physics that existed in the high end PC version, that said only a few hardcore PC gamers had that ability due to their ultra-overpowered gamer pcs. Tomb Raider: Definitive Edition is coming to both PS4 and Xbox One.

Wow Donkey Kong Country: Tropical Freeze looks beautiful. God, its great seeing all of these great Nintendo properties in high def. It is a shame that no one owns the wii u. The guys at Retro do a fantastic job with all of these properties as well, but come on guys, where is Metroid??? Still, I guess we have Kranky Kong as a playable character so that is something.

It looks like the team at Retro has been playing Rayman Legends, the level design of Tropical Freeze looks incredibly reminiscent of the Ubi property.

Wow, Geoff Keighley looks super thrilled with Joel McHale right now. Honestly, their banter back and forth is so terrible. Neither of them seem to be thrilled with being here.

We are getting some gameplay from Remedy for Quantum Break! Looks to be some cool time manipulation in the gameplay including what looked like some super speed effect. Not a lot of gameplay revealed. Sam Lake is being incredibly dramatic as always.

Remedy is also putting together an iOS game as well called Agents of Storm. They are calling it a reverse tower defense game. The graphics look super pretty for an iOS game.

South Park the Stick of Truth, or the most delayed game since Duke Nukem Forever just teased us with some of its fart-based combat system. Looks pretty hilarious and totally South Park.

Matt and Trey are now presenting Game of the Year at the beginning of the second hour of their this three hour show… interesting formula.

And the winner is Grand Theft Auto V. Well it was either it or The Last of Us and I can’t say that I would be disappointed either way. Kudos to GTA V and Rockstar Games/Rockstar North. 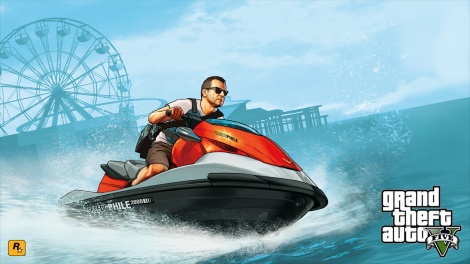 The next World Premier is new footage interspersed with old footage for a game that we have seen a lot of already. Destiny. Okay there was some new footage, but I am a little tired of seeing that E3 content over and over again.

We finally get to see some gameplay from Broken Age. It looks quite beautiful. Also Jack Black is doing some voice acting in it which is great. He already has a relationship with Double Fine. Oh cool, and so is Elijah Wood. Sounds like he is actually a true adventure game nerd.

Here we go. We are getting a nice look at the snowdrop engine used in The Division. Pretty sweet amounts of detail. Looks like we are going to get a pretty realistic looking city. I am curious as to how open the city is. Like in the E3 demo, they are showing off how surfaces react to bullet fire and weather patters. God damn it is sexy when they fire bullets into a window.

Now the award for Best Independent Game. If this doesn’t go to Papers Please or Gone Home I will be very surprised.

And the winner is Gone Home. Made in good ol’ Portland Oregon, home of all things independent.

Big announcement coming… and it is… something we have already heard about. Game of Thrones by Telltale Games. So the game is in partnership with HBO, and their televised version of the GofT universe. No gameplay or anything shown, but this will no doubt be excellent considering TellTales track-record with properties like The Walking Dead. No word on whether any of the cast from the HBO show will be present in the game. Sounds like the guys from TellTale take the material seriously.

We are getting another reveal, this time from Hello Games, the creators of Joe Danger. No Man’s Sky. The game is coming to next gen systems and it looks drop dead sexy. It has a bit of Jonathan Blow’s The Witness meets Bungies Destiny. Looks like they are taking huge leaps in their game design and yes, it looks like we are getting to fly from planet to space. Sandworms! Watch out Beetlejoice, we have sandworms here! Wow, I am super psyched for this game. This looks absolutely beautiful. There is a massiveness to the game here that is hard to describe. This may be the indie title to watch. SCREW OCTODAD!

They keep saying Next-gen platforms, but they have not said either way whether that means PS4, Xbox One, or both. The original Joe Danger was a PS3 exclusive, but its sequel was multi-platform.

Teen Wolf, ladies and gentlemen! TEEN WOLF! I guess there has to be some money made on this show. Sorry, I am sure you don’t need a recap of the MTV commercials interspliced throughout the event. But can I just ask when Teen Wolf turned into an emo teen twilight clone? What happened to Michael J. Fox?

Nice, we are getting some gameplay from Dying Light, the open world parkour zombie first-person brawler from Techland, the makers of Dead Island (or the trailer that sold a million games). It looks beautiful. I just hope the gameplay meets their ambition. Techland has a bad habit of releasing rather buggy products. Also, it is a little jarring seeing a person do extreme parkour while holding an ax. But hey, video games, you know… Also, why are all the zombies bald? Does the zombie disease somehow kill the scalps ability to hold hair follicles?

Can I just say that I absolutely despise PewdiePie? Sorry Internet. You failed on this one!

We are getting a new trailer from Thief. It is still jarring hearing the guy talk like he comes from LA when the game is clearly based on old Europe. Was this a marketing decision? The game is beautiful though. Looks like we are getting some taste of story as well. If the girl who ‘died’ turns out to be the main antagonist at the end, I will be very upset.

Bioshock Infinite wins Best Shooter. If the category was Best First Person Game, I would agree, but sadly, I feel like the ‘shooting’ was the weakest part of that excellent excellent game! If I have to shoot that ghost mom one more time, I WILL SCREAM!!!

The Witcher 3 gets another gameplay trailer and my god this thing looks beautiful. I don’t think there is another next gen game announced that looks as pretty as this one. I could look at CD Project Red’s fire all day… sooooooo much pretty!

New footage from Titanfall! Vince Zampella and Abbie Heppe are in the studio.  They are revealing a new titan. Hammond Robotics is apparently the maker of these Titans and so we are getting a cool little viral video from them.  Can they make me one of those huge models that they have been bringing to the various trade shows?

The new titan is called The Ogre. It can beat another titan with its own arm. Console War over!

Probably the best news is that the content is now final. They are simply balancing everything out, making sure the game runs smooth. Dammit I want this game now! March is so far away!!!

No Kinect integration. Not even voice. Zampella says that it did not fit the game, which to me makes perfect sense! Why try to hammer in something that just doesn’t belong.

We are at the concert portion of the night meaning the VGX portion is over, although there is a promise of more Titanfall footage after the concert. The announcements were actually rather small this year. I like the Telltale content and No Man’s Sky just looks fantastic. But guys, please, just have Geoff Keighley host it next year. It is the internet. The only people watching are the ones who care about the games. They don’t care if you have celebrity guest host. Keighley knows games. He has a strong relationship with the developers. You don’t need anything more. The uncomfortableness of this evening was totally unnecessary and reminiscent of a bad Ubisoft E3 conference (remember Mr. Caffeine? Yeah, it was almost that bad!)

Okay, last little bit of gaming news is here. This is another viral media piece from Hammond Robotics. It is a new titan type called the Strider. Looks like it is a more agile type of Titan. Looks like it thrusts in multiple directions with a lot of finesse. I wonder if they counter that with being able to take less damage.

And the night is over. Once again, leave the celebrities behind next year. I know this is presented by Spike and you feel this ‘need’ to have someone, but resist it. The jokes from Joel McHale felt so incredibly forced. He looked miserable. He made Keighley miserable. And we, the video game fans, in turn were miserable from listening to them.

Anyway, that is it for tonight. I am going to break open some scotch and watch Casino Royale. Hope you all had a fun night.